During the 1800s, Adalbert Wojciech Kucharski and his wife, Napocepna Piathowski Kucharski, immigrated to America from Poland.
Their son, Edward Adam Kurharske (the spelling of their surname began to change) would be born in Wisconsin. Edward and his wife Edith (Cleveland) Kurharske had four children, two of which would make a major impact on the Groveland/Bay Lake area. Namely, sons Charles Garrison Kuharske and Cleveland Macdowell "Mac" Kuharske.
The exact date of the arrival of the family of Edward Adam Kurharske to this area is uncertain, however, it is thought they could have been part of the large group of people enticed to this area near the turn of the century from Illinois.
Cleveland Macdowell "Mac" was part of Groveland High School Class of 1934, but needing to return to Illinois his senior year to take care of business for his father, he would finish school there. Cleveland would later return to Groveland.
The Kuharske family (Edward and his sons, Charlie and Mac) would make a major impact on the local citrus industry. They owned over 1,000 acres of citrus groves. They are credited with bringing citrus to the Bay Lake area.
Mac Kuharske, at his citrus nursery in Bay Lake, developed a nematode-free rootstock, called the Kuharske Citrange, that is still one of the most sought after rootstocks in the world today and is officially recognized by the United States Department of Agriculture and the University of Florida.

The Kuharske family history is filled with many interesting stories, among them:

One of Charlie and Mac's Great Grandfathers, William Cleveland, was a brother to President Grover Cleveland.

The Kuharske sons had a grandmother, Theodocia Garrison Cleveland, whose sister's son, James Henry Breasted, was one of the world's leading Egyptologists who had a part in the discovery of King Tut's tomb.
His picture appeared on the cover of Time Magazine. 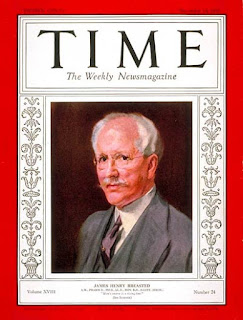 Mac and Charlie's mother, Edith, was privileged to go to Egypt and visit the tomb her first cousin had helped discover.

Charlie and Mac's Grandfather, Festus Cleveland, was a Methodist minister in Chicago.
Ulysses S. Grant was known to attend the church he pastored. During the Civil War, Rev. Cleveland, at times, was asked to accompany General Grant as his spiritual advisor.
Family Lore states that following the war, the now President grant returned to visit this church and it is reported that, walking over the church grounds, he carried in his arms a 3-year-old Edith, the mother of Charlie and Mac. Today the Kuharske family is in possession of the gown Theodocia (wife of Festus Cleveland and grandmother of Charlie and Mac) wore to one of President Grant's inaugural balls.

Charlie and mac's mother, Edith (Cleveland) Kuharske, as a young teenage girl, would make visits with her mother, Theodocia, to the home of her mother's good friend Harriet Beecher Stowe (author of Uncle Tom's Cabin).