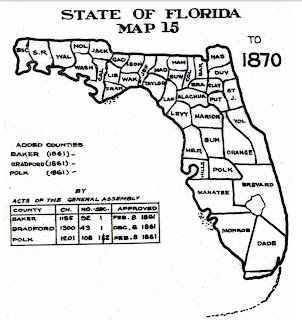 Brown's Ford was the site of a crossing on the wagon and cattle trail that crossed over the lowest part of the Palatlakaha Creek. The trail ran along what is today HWY 19. It was well traveled as early as the mid 1800s.
Brown's Ford was named for Simon Thomas Brown (the first of three) who owned all the land, in that area, along the north side of the river. 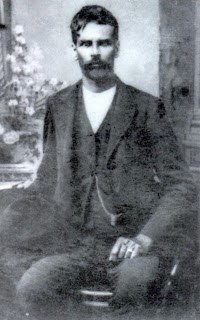 Simon came with his wife, Polly Ann (Manning) Brown, and his widowed mother, Ellender B Summerall, to the area south of Yalaha between 1867-1870. Census records show them as living near Yalaha, because Taylorville and Howey-in-the-Hills did not exist at the time.
Ellender's nephew, and Simon's 1st cousin, is the famed General Charles Pelott Summerall, after whom Summerall Park in Tavares is named.
For travelers from Yahala or Tavares, the nearest towns to the north at the time, the only other point to cross the Palatlakaha into Taylorville or Mascotte was at Villa City. So most people would have driven through Simon's property to reach Taylorville.

1899 - The Daniels and Dukes Families

John Wesley Daniels and his wife, Cassidina (Dukes) Daniels had squatter's rites to property west of Lake David which he sold to E. E. Edge, after Edge's arrival in 1899.
John Daniels and his wife, Cassidina (Dukes) Daniels, then purchased property on Villa City Road. Old land deeds show both marking an "X" for their signatures.
When Mrs. Daniels' father, George Washington Dukes, died, he was buried on the Daniels family property in what is known today as Dukes Cemetery.
The nearby Dukes Lake was also named after the Dukes family.


Churches and schoolhouses were among the first public structures that pioneers built when homesteading and settling an area.
Some small one-room schools that were known to be located in what would become the Groveland area around this time:
Bay Lake,
Carter's Island,
Mascotte,
Near Lake Sumner in Monte Vista and later in the Clergrove area,
Slone Ridge,
Tuscanooga,
and Villa City.

However, there were no public schools in the Brown's Ford/Taylorville area in the late 1800s. So the area's settlers united to provide a school for the education of their children.
Wanting an education for their children, Mrs. Daniels worked to establish Brown's Ford School, the first in Taylorville.

John Daniels and Cassidina (Dukes) Daniels, assisted by Brooker T. Dukes, were instrumental in petitioning for a school.
A one-room board school was built around 1899-1900. Taylorville's first school was located on the Daniels' family property, somewhere between the Dukes' Cemetary and Brown's Ford. Since the Daniels' property on the south side of Brown's Ford was accessible to children on both sides of the Palatlakaha River, Groveland's first school was built here.
It was aptly named "Brown's Ford School" after the popular nearby landmark.

Simon Thomas Brown built the first "bridge" for the children living on the north side, mainly the girls, to be able to cross the ford without getting wet on their way to school. This first "bridge" was a series of posts that he buried in the river, so that they could step from one post to the next in order to get across.
Mother's of the students kept a hoed clear path to the school for the children.
Students carried their lunches in little tin buckets and water, dipped from Graveyard Lake (now called Lake Catherine), was passed from student to student as they drank from the dipper.
In modern times the trees at the Dukes Cemetary were known to grow crooked and bent over. Legend says that they grew this way, because the children would leave the school at recess or lunch and throw their clothes on the trees as they ran to go swimming in Graveyard Lake (Lake Catherine). The weight of all their clothes would weigh down the trees and over time would bend them over. The trees could still be seen well after 2010, until they were recently cut down.

Teachers often boarded with local families and the parents contributed towards a salary for the teacher.
The school's first teacher was R. B. Ervin. Ervin was the grandfather of Richard Ervin Jr., Florida's Attorney General and Chief Justice of the Florida Supreme Court, and Robert Ervin, a prominent lawyer in Tallahassee. 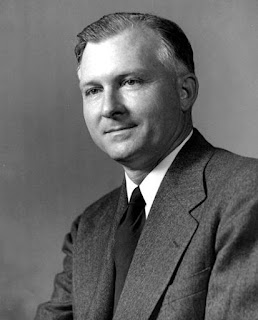 He was also the great grandfather of Judge Richard Ervin III.
As school teacher, R. B. Ervin boarded with the Daniels family. Through his influence, one of the Daniels' sons became a minister and three of their daughters became school teachers. One of the daughters was Groveland's well known Nellie (Mrs. Fletcher) Smith.
Another teacher was Alva Knight who went on to become Dr. Alva Knight, a prominent Chicago surgeon.

The school year was tailored for the farming community. Grades 1-8 were in session for six months, so for the remainder of the year, the children were able to help on the family farm.

"We had a blackboard made out of wood painted black. It worked pretty good with chalk. We had no paper or tablet to write on. We used a slate. We'd spit on our slate to erase the writing.
The men in the community made our desks.
The teacher was paid a little from the parents. The teacher boarded around, staying a week at one fella's house and another week at another place.
We all drank out of the same gourd dipper from a bucket of water and washed our hands out of the same little tub and dried them on the same towel.
'Drop the Handkerchief' was one of our favorite games."
- From the writings of an area elderly man reflecting on his boyhood school days.


In 1943, the Lake County Board of County Commissioners agreed to build two small dams on the Palatlakaha River, one of which was here at Brown's Ford.
A small run of rapids was produced on the down side of the dam. It was great sport for boaters to race over top of the dam and through the rapids.