Did You Know About Groveland's Connection to 9/11

Brothers Dale Watson and Jimmy Watson (both Groveland High School alumni) both had an impact on the events following the September 11th attacks. 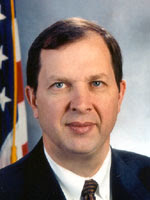 Dale Watson served as the first Assistant Director for the newly formed Counterterrorism Division of the FBI and he led the organization's investigation following the September 11th tragedy.
He was in charge of counterterrorism for the United States and, as such, was an advisor to two U.S. presidents.
Prior to the attacks, Dale had advocated for the country to focus more on terrorism.
He requested more agents and resources, but was turned down.
He is the first person to have served in the FBI and CIA, yet he is humble about his extremely significant role overseeing our safety before and after the attack.
He had previously overseen the investigations of terrorist attacks on the U.S.S. Cole and the East Africa embassy bombing.
Dale also had a significant role in helping to solve the Oklahoma City bombing.
He was recently interviewed for a five-part Netflix documentary series titled, "Turning Point: 9/11 and the War on Terror" that aired in September of 2021 for the 20th anniversary of the attack.

Turning Point: 9/11 and the War on Terror 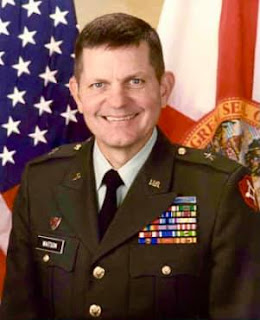 While Dale was overseeing counterterrorism and involved in the country's response to the September 11th attacks, his brother, Brigadier General Jimmy Watson, was serving over the Florida National Guard.
In the wake of the attacks, Jimmy oversaw the largest deployment of the National Guard in the history of Florida, when 45% of those troops were sent to Iraq.