The African Community VS. Willis McCall 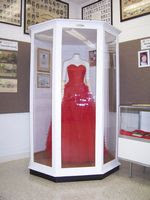 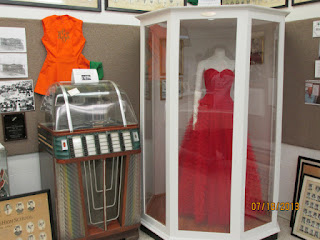 
Prior to 2007, Marilyn Gammon Smith, GHS Class of 1963 started an online page where she could post pictures of GHS memorabilia along with memories shared by her and other alumni. She was living in North Carolina at the time. The site was part of a free online host that was called "Our Family." As word passed from one alumni to the next, the site grew in popularity. People were regularly checking the site for the latest posts.

As Marilyn’s collection grew, she became interested in starting a historical museum in Groveland where the city and high school's history – and her collection and records - could find a permanent home. In 2006, on one of her trips, to Groveland, she visited the city manager to see about the city's potential involvement. It should be noted that Connie Woolum Fleetwood, GHS Class of 1970, had also wanted to start a historical museum while she was mayor, but a space was not available at that time.

Unfortunately, Marilyn soon discovered she had pancreatic cancer and a terminal diagnosis. So, she reached out to Doris Bloodsworth, GHS Class of 1968, who lived in Winter Park. Marilyn and her husband Kemp asked Doris if she would help make Marilyn's vision of a historical museum a reality. Doris was reluctant, because she did not live in the town, but she prayed about it. She knew she couldn't do it alone, so she decided to reach out to four people that she felt could help. If any of them turned her down, she would take it as a sign that she wasn’t the right person for the task.

The most important person was Doris' sister, Connie, who lived in Groveland and had a relationship with the city staff and council. Connie also shared a love for history. Doris also asked Jack Speer, who had helped with restoring a historical train station and museum in Pensacola; Kathi Keaton, who was getting her master's degree in grant writing; and Louise Sloan Allen, who had long roots to Groveland's history and had written the history of nearby Mascotte. All four agreed to meet and were excited about the idea of a historical museum.

The first meeting took place in the late fall of 2006 at a Perkins Restaurant in Clermont. In addition to the aforementioned people, Ellen and Rick Thompson also came. Doris had learned by then that the City of Groveland and a local service organization had completed renovation of an older annex that once was part of the high school. The building on Highway 33 was updated to be a new senior center. The seniors had been meeting at the former Marion Baysinger Memorial Library next to the Puryear Building, which would soon be vacant.

During this time, Doris was in frequent conversations with Kemp Smith. They were racing against the clock, hoping Marilyn would be able to see her dying wish realized.

Connie and Doris went before the Groveland City Council in January 2007 to ask for permission to use the vacated annex space by the Puryear Building and invited the City of Groveland to be partners on the project. The Council approved the idea unanimously. They would allow the space to be used for a historical museum and would pay for the utilities and maintain the facility. The group that was in the process of forming the Groveland Historical Society would run the museum in addition to owning and maintaining all the displays and memorabilia.

At the first official meeting of the Groveland Historical Society, held at the museum, Doris Bloodsworth was elected president; Billy Evans, who was president of the GHS Alumni, was elected secretary; and Connie Fleetwood was elected treasurer.

Others who were part of the early group were Marie Padgett, Vernell Lee, Carol Murray Tomlinson, and Julie Law. The team spent every Saturday cleaning and painting the new museum. Connie and Doris also visited a number of museums around the area to find out how to run a museum and to get ideas for how to display memorabilia. Debbie Whitmire, who lived in Alabama, took over the GHS family page to continue it. Eventually, the host ended its service, and Doris Bloodsworth created the website www.grovelandhistory.org to serve as a site for the new museum. She also contracted a graphic designer to create a logo for the historical society and museum: At the March 17, 2007 reunion in the Puryear Building, the alumni heard about the museum and got to visit it. At that time, the only memorabilia were Marilyn’s beautiful, crimson prom dress and some of the high school senior class photos that had been rescued from a fire. The occasion was not intended to be a fundraiser; but many alumni spontaneously donated to the cause and around $11,000 was raised, including $5,000 that was pledged by Kemp Smith, Marilyn’s husband. Kemp remains part of the historical society’s board and is one of the museum’s most faithful supporters.

The historical society now turned its attention to collecting images, history, and memorabilia for the museum. Some display cases were donated. Research continued on best practices for preserving historical items. On July 4, 2007, the Groveland Historical Museum held its grand opening. Many people who came to Lake David Park for 4th of July celebrations visited the museum.

Since then, the museum has been open free to the public on Saturdays and by special appointment. It continues to be run by volunteers. Thousands of people have visited the museum, including school children on field trips and college classes, as well as noted historians and authors. The museum stands as a tribute to the vision of Marilyn Gammon Smith and the support of dozens of people who love the city and its history.